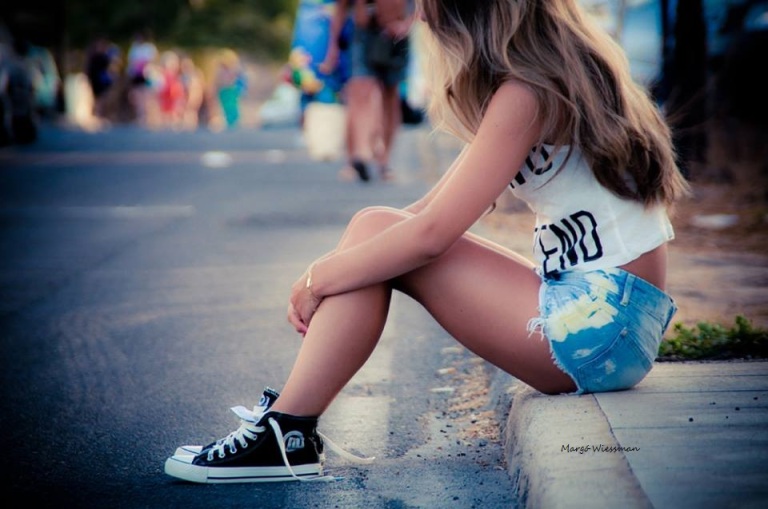 …She was too sad to cry, she just stood there as still as a statue. For once again she was lost in the vortex of the moment. “Sad” sounds so childish, like something flimsy, something one should be able to cast off with a happy reflection or the smile of a friend. But “sad” is nothing of the sort. It sits inside like the germ seed of depression, just waiting for the right conditions to grow, to send out roots to choke the hope out of your heart. She knew that moment will return so she built walls around the soul, concrete walls, to be safe. But everything was too much, more than anyone could endure.  Brick by brick, her walls came tumbling down. She never learned to cry with style, silently, the pearl-shaped tears rolling down her cheeks from wide luminous eyes. The world turned into a blur, and so did all the sounds. The taste. The smell. Everything was gone. The last painful emotion slammed against her before she lost the feeling of feeling. Everything darkened into nothingness as she passed into the oblivion of unconsciousness. She knew that it was over and that now she was free, free to float through the universe. She tried to imagine how it is to be dead, dead for real. You know, something like … you have a beautiful body, and you lie on a bed of flowers and there are people around the bed, whispering things about you, like you would not hear anything. Oh, for goodness’ sake!! There is no such thing as a beautiful body when death has claimed the soul. There is no romantic corpse. Death is death. The flesh rots, the bones to follow, the hair matting into the soil. Eyes that once danced with light are now vacant and staring… and and body weighs the same as a ton of bricks. They will throw you in a coffin and that´s the story. At the end you are just a decaying piece of meat and bone… She would have preferred to die anyway, or to happen something… anything, only to get rid of the misery of her soul.

7 thoughts on “Everything was gone”